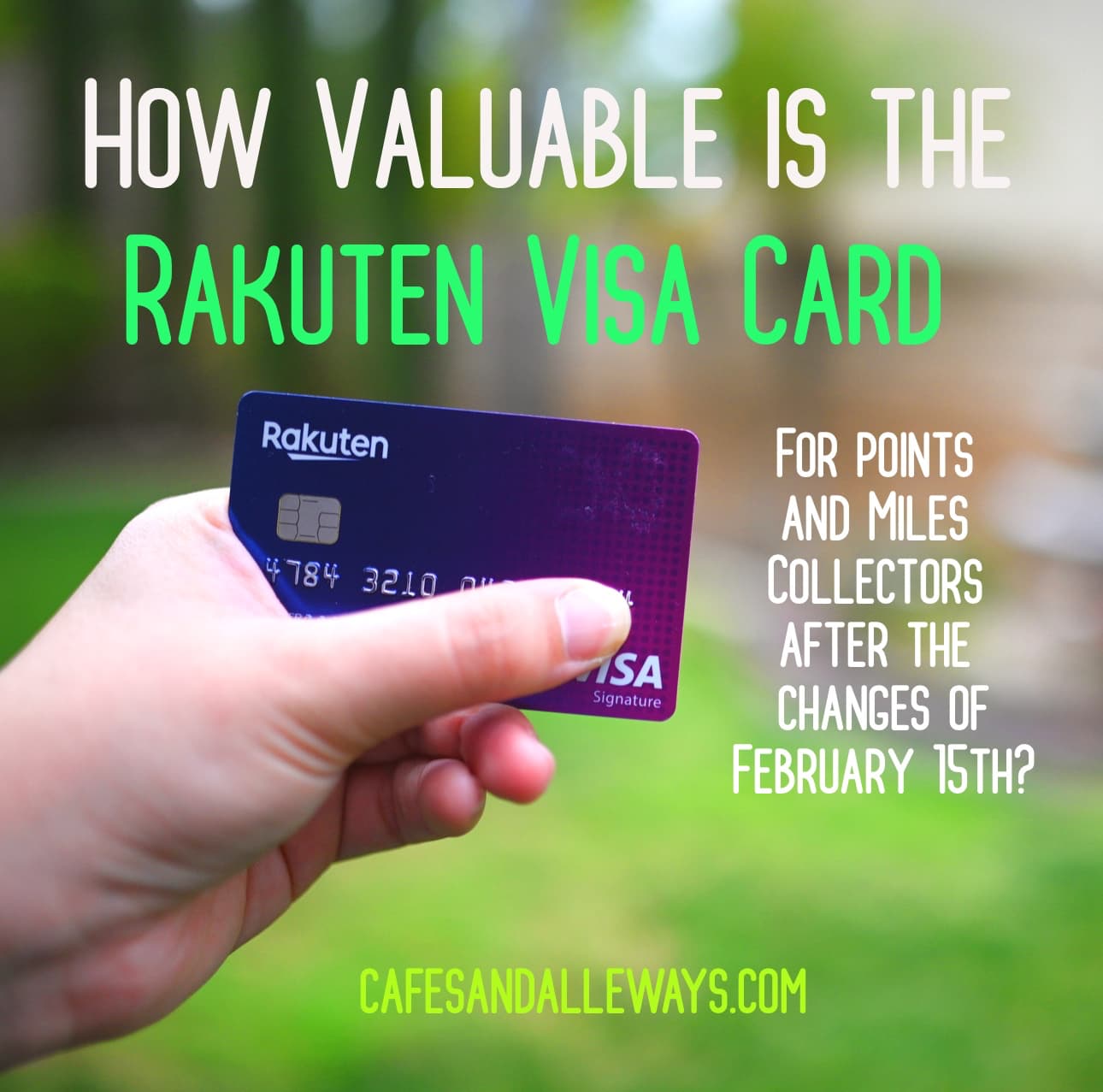 How valuable is the Rakuten Visa for those who collect points and miles?  On February 15th, 2020 The Rakuten Visa excluded three stores from earning 3x when shopping through the Rakuten Portal: Giftcardmall, Giftcards.com and Raise. Here is a portion of the statement they shared:

Starting February 15, 2020, Rakuten Cash Back Visa® Credit Card purchases made through Rakuten on GiftCardMall.com, GiftCards.com and Raise.com will be eligible for 1% Cash Back instead of an extra 3% Cash Back.

Is this a big deal or not?  It depends.  For many people the card functions as it always has, it earns 3x when shopping through the Rakuten portal.  The three stores which were affected represent less than 1% of the stores on the Rakuten portal.  But for many in the points and miles community, these  <1% of stores, represent  >99% of their spending.

For points and miles collectors, does the card still have value?  The answer is…maybe…sort of… possibly… and it some cases… yes.  The following are three situations where the proud owner of a Rakuten Visa may still find value.

The Rakuten Visa still earns a minimum of 4x for stores represented in the Rakuten Portal.  4x is not bad.  It’s especially not bad, given that the 4x can come in the form of American Express Membership Reward Points.

The very possibility of earning American Express Reward points for general online shopping is an attractive and relatively recent addition to the portal world.  So if the following two conditions are true:

The Rakuten Visa card should be considered for organic online spend.

Given that Membership Rewards can be transferred to a variety of airlines and a few hotels, owners of the Rakuten Visa possess a card that potentially earns a minimum of

The Rakuten Visa may not be the first card I use for organic online spend, but it’s definitely in the mix.

Giftcards.com and Giftcardmall are obvious places to buy gift cards.  There may be less obvious stores on the Rakuten portal either now, or in the future, which carry gift cards or other opportunities.   On a recent podcast from Frequent Miler, one of the hosts, Nick, floated this idea of yet to be discovered opportunties. The cost of holding the card is zero, so there’s little harm in hanging on to the Rakuten visa should a beneficial discovery be uncovered. .

For many who earn points and miles,  the value of the Rakuten Visa has been diminished as of February 15th.  But there is still value in the card.

Do you have a Rakuten Visa?

What are you plans going forward?

Earn Cash Back When Shopping Online